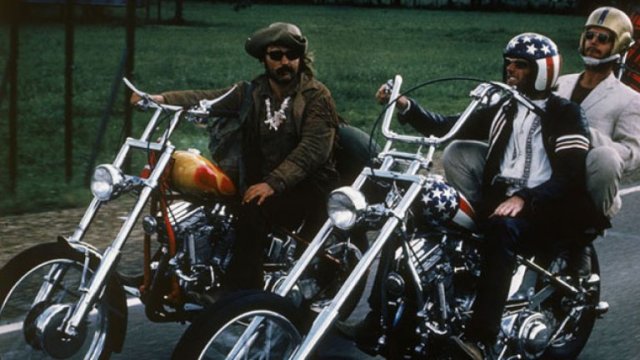 Here’s a fun read from The Hollywood Reporter, chatting with several survivors of that seminal shoot, edit and release.

Over the years I’ve interviewed most everybody in this story and many of those involved in the film. Not Jack, alas.

But at some point in the conversation, no matter what movie we were scheduled to talk about, they’d bring up “Easy Rider.” Fonda, at a little cocktail party for “Ulee’s Gold,” pondering his Hollywood rep and his “legacy” when two bikers outside in traffic, rev their engines.

He just grinned, turned to the window and held his arms open wide. THERE is his legacy.