Movie Review: The fog of liquor makes it all seem like “Easy Living” 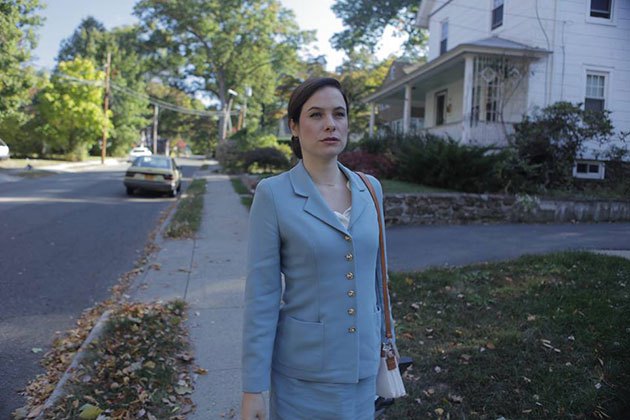 Sherry Graham lives in an extended-stay motel and spends her days driving her ancient Ford Escort from neighborhood to neighborhood, selling makeup door-to-door.

“I like the personal interaction,” she says. She wears her one-good suit, laughs at clients’ jokes, brushes off the brush-offs and plows ahead, street by street.

And at night, she has a few drinks and picks up strangers in bars. Sometimes they wind up in her motel room, sometimes they never make it out of his or her car.

“I will not settle for less than I deserve,” she insists. We wonder what she deserves, or thinks she deserves.

Every so often, she drops in on a tweenage girl, Alice, whom her sister is raising.

“I’ll call you ‘Mom’ if you want me to,” the child offers the sad-eyed near-stranger.

No way to live, you say? “Easy Living” Sherry would insist, explaining the title of this spot-on character study of self-destruction in progress. Adam Keleman’s first feature film is a minor tour de force for one-time Canadian child star Caroline Dhavernas, best known on both sides of the border for TV’s “Hannibal.”

Dhavernas makes Sherry the very picture of “keeping up appearances,” carefully separating the various lives she lives, dodging AA meetings, aggressively pursuing men but avoiding “complications” with them, scraping by but dreaming big, even in her sober moments.

It takes a village — or at least an extended family — to keep a drunk going, and Sherry tests the patience of her sister Abby (Elizabeth Marvel), a postal worker who shares her life with Liz (Quincy Tyler Bernstine) and Liz’s son, raising Sherry’s Alice (Taylor Richardson) without any financial support.

And then there’s Danny, the indulgent hair-dresser/best-friend, played by transgender actress Jen Richards. Abby is the person Sherry allows herself to dream big with, a nail, makeup and hair salon that’ll bring a little glamour to their corner of Pennsylvania. 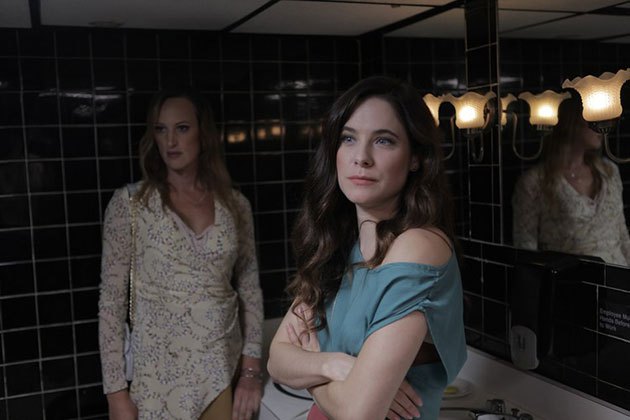 Keleman conjures up this total ecosystem for Sherry, picking up men, not wearing out her welcome at any one bar, trying to keep her private life private in the small community where she grew up and more than a few folks must know her secret.

It doesn’t add much to the story that the writer-director built a gay couple and a transgender performer into his picture, but it’s interesting and mildly provocative. As is Dhavernas’s out-there performance — sexual, but guarded, even in its most naked moments.

But rarely has a filmmaker gone to so much trouble to create a world and populate it realistically, only to throw the whole thing into the Melodrama Mixer for a laughably unbelievable third act. And no, making the “deus ex machina” who resolves the story a dialysis patient doesn’t excuse how magically ridiculous the entire finale is.

It plays like a re-write, slapped on the film, with tension and dialogue that has an edgy crackle that still doesn’t hide the situation’s manifest absurdity.

Up to that point, “Easy Living” makes the vividly-drawn characters and high school beauty queen’s slow death spiral towards 40 look effortless, easy. Wrapping it all up proves the film’s undoing.

Credits: Written and directed by Adam Keleman. A Gravitas release.