Weekend Movies: “Popstar” worth a little of your time, “Turtles” and “Me Before You” less so 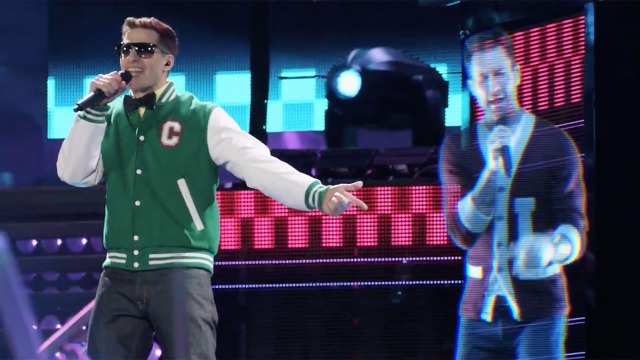 The reviews of Andy Samberg’s 86 minute SNL sketch “Popstar: Never Stop Never Stopping” have been generous. And it’s not a bad time killer.

The parody plays like a pulled punch, lots of raunchy semi-outrageous music videos and concert sequences that keep slamming up against off-stage moments that fall utterly flat.

Everybody liked it well enough, a few doltish raves, bit mostly a lot of “Meh, why not?”  I was on the fence. Which is reason to point you to the metacritic rating for it, a sober but solid 69% positive. The Tomatomater lacks the nuance to capture a lightweight movie’s shrugging endorsements.

Those dreadful Ninja Turtles are back. Small kids — OK, small BOYS — will titter at the profanity (somewhat mild) and ogle Megan Fox’s assorted tight, midriff baring outfits. There’s barely a laugh in it, but the action beats play. Poor reviews for this one.

“Me Before You” is a female wish fulfillment fantasy that panders to a demographic that isn’t male comic book nerds. Condescending, patronizing, with a comically over-animated performance by “Game of Thrones” eyebrow mistress Emilia Clarke. As many pans as as positive reviews.

Is there still an audience for those mutant reptiles? Box Office Guru says there is, but only to the tune of $33 million. Not bad, considering the cost to the Chinese backers who financed it. Not a smash, though.

Everybody is predicting no money at all for “Popstar,” which is what Samberg gets for tying his fortune to Adam Sandler — if only briefly. $5 million is the top end of predictions, with most people figuring the best bits are in the trailer (they are). It ought to do better than that, though.

“Me Before You” could have been a decent date movie. Nah, who’m I kidding? A romance between a guy in a wheelchair who wants to die and his fetching day nurse? You’d have to waterboard most guys to get them to see that one. Predictions are $12-15 million for that one.