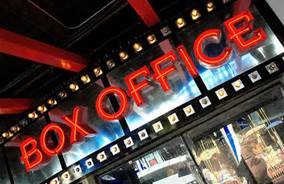 “The Battle of Five Armies” is sending “The Hobbit” franchise off with a bang, winning another weekend, cleaning up all over Christmas week.

“Unbroken” is the biggest of the new releases to come out Christmas Day. Not a great film, but Angelina Jolie’s movie of the Laura Hillenbrand book about Louis Zamperini and his Olympic and WWII POW experiences, earned close to $50 million, Christmas Eve to Dec. 28 midnight.

And “The Interview”? It did much of its business Christmas DAy, when people went to thumb their noses at North Korea. It is just shy of $3 million on 331 screens. Not bad. Not a money maker, even though it dominated streaming services Xmas day.