14 films that make 2014 a promising year for movies

Everything old is new again at this movies this year. And we’re not just talking about sequels.

Hollywood has taken its “rely on established ‘brand’ names” thing to the next level.

So we have a new “Hercules” and a new Jack Ryan (Chris Pine, “Shadow Recruit”, Jan.). Aaron Eckhart is a new Frankenstein (“I, Frankenstein,” Jan.).

There’s a new “Godzilla” (May) and a new “Annie” (Dec.) to go along with that rebooted “Spider-Man” (May) duking it out for box office supremacy with those new “X-Men” (May).

And if you think about it, “Divergent” (Mar.) could be the new “Hunger Games,” with Shailene Woodley taking a sci-fi turn to match Jennifer Lawrence’s big bow and arrow payday.

Skipping past the almost Biblical deluge of sequels, from “Captain America” (“The Winter Soldier,” April) to “Madagascar” (“Island of Lemurs”, April), “The Hunger Games” (“Mockingjay, Part 1”, Nov.) to “The Hobbit” (“There and Back Again”, Dec.), ignoring even the last desperate gasp of Jim Carrey and the Farrelly Brothers (“Dumb and Dumber To”, Nov.), there’s still a lot to look forward to on the big screen.

The engaging documentaries and breakout foreign films will find their way to us more indirectly. But here are 14 titles with firmer release dates, films tempting enough to tease us through 2014.

“The Monuments Men” (Feb. 7) would have gotten lost among the other Oscar contenders over Christmas. So say good-bye to its Oscar chances, but “Hello” to having a potential quality, artsy and cerebral action film with George Clooney leading John Goodman, among others, as they try to save Europe’s cultural treasures from the Nazis and combat damage in the last days of World War II. A true story.

“300: Rise of an Empire” (Mar. 7) is not the only sequel to have history (Greco-Persian conflict) as its subtext. But this brawny, two-fisted How the Greeks Saved Western Civilization could have more going for it than “X-Men: Days of Future Past,” where the mutants, um, save mutant Western civilization.

“Veronica Mars” (Mar. 14) could turn out to be the ultimate expression of fandom, a  paradigm-shifting movie with implications for the future of film. Fans financed Kristen Bell’s return to the character who made her famous, going outside the studio system to get something they want to see on the screen. They paid to get a movie based on a TV show about a young, (now older), sassy private investigator made. And based on the trailer, they, and the rest of us, won’t be disappointed.

“The Grand Budapest Hotel” (Mar.) is Wes Anderson’s latest foxtrot into “twee.” And he takes Ralph Fiennes, in a rare comic turn, with him as Fiennes plays the legendary concierge at a legendarily daffy Old World hotel. Bill Murray and Jeff Goldlum are here, of course. Angela Lansbury, too. 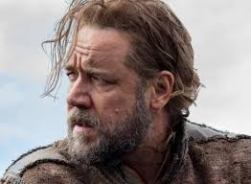 “Noah” (Mar.) could be, if we’re pessimists, this year’s “Lone Ranger” or “John Carter” or “Battleship,” that head-scratching fiasco that seemed like a hare-brained idea from the get-go. Darren Aronofsky (“Black Swan”) directing Oscar winner Russell Crowe in a no-expense-spared Biblical epic? Then again, it could be great, and Hollywood is at least trying to reach that supposedly built-in Christian film audience, as evidenced by February’s “The Son of God” and April’s “Heaven is for Real.”

“The Fault in Our Stars” (June) is a promising summer teen romance from the writer-director of “Stuck in Love.” The always-real Shailene Woodley stars as a cancer patient who falls for a lad (Nat Wolff of “Stuck in Love”) in her support group. We’re about to find out if teenagers will show up for a date movie that’s a weeper.

“Tammy” (July) is where Melissa McCarthy cashes in on her epic 2013 at the box office, co-writing and starring in this road trip comedy about a newly unemployed, newly-ditched woman who hits the road with her foul-mouthed, hard-drinking diabetic grandma (Oscar winner Kathy Bates). If McCarthy is still a hot commodity, this will be the comedy that devours the summer.

“Magic in the Moonlight” (July) lets Emma Stone and Hamish Linklater, along with Oscar winners Colin Firth and Marcia Gay Harden, get their turn in a Woody Allen summer comedy.

“The Interview” (Oct.) is the new farce from the “This is the End” team of Seth Rogen and Evan Goldberg. James Franco plays a talk show host, Rogen his producer and Lizzy Caplan is the C.I.A. agent who drags them into her assassination plot. Yeah, it’ll be dark, profane and chances are, fiercely funny.

“Gone Girl” (Oct.) gives us David “Zodiac” Fincher’s take on Gillian Flynn’s best selling thriller about a missing woman (Rosamund Pike) and the husband (Ben Affleck) everybody thinks did her in. Hitchcockian? Count on it.

“Interstellar” (Nov.) is Christopher Nolan’s latest thinking-person’s sci-fi epic, about wormholes and the possibilities of where humans can once we harness them. Matthew McConaughey, Anne Hathaway and Jessica Chastain are the headliners in the cast.

“Exodus” (Dec.) has Oscar winner Christian Bale as Moses, leading The Chosen People out of Egypt. Joel Edgerton should make a fearsome Ramses, and Ridley Scott found work for his old pal Sigourney Weaver (“Alien”) for this, the final Bible epic of the year.

“Unbroken” (Dec.) is based on the true story of an American Olympic hopeful who survives being shot down in the Pacific and imprisoned and tortured by the Japanese. Relative unknown Jack “O’Connell won the role, and Angelina Jolie (“In the Land of Blood and Honey”) directs this film based on Laura Hillenbrand’s best-seller. 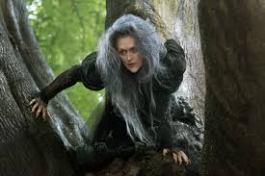 “Into the Woods” (Dec.) offers up a little Sondheim twist on classic fairytales, a more highbrow “Wicked” if you will, with songs by one of America’s greatest Broadway composers. Meryl Streep, Johnny Depp, Emily Blunt, Chris Pine and Anna Kendrick are the stars of this Rob Marshall musical.